Outrageous allegations based on a politically motivated harassment campaign.

Attorney General Xavier Becerra has filed suit against one of America’s major and most successful pro-troop charities in keeping with the disgraceful effort of far-left politicians to attack every conservative they can.

The attacks on Move America Forward began when we criticized Illinois Senator Dick Durbin for comparing US troops in Iraq to Nazi concentration camp and Soviet gulag guards, an outrageous statement.  Instead of just apologizing, Senator Durbin, joined by several other Democrats, wrote a letter to the IRS demanding a tax audit.  MAF was then subject to two IRS audits, which we passed with flying colors.

But the assault on Move America Forward and its founders has continued in the left-wing press, whose articles spurred on the investigation by left-wing Attorney General Becerra.  AG Becerra then implied that this is a recent action cracking down on military charities, but the truth is that this harassment had been going on for five years.  Despite pointing out, item by item, the inaccuracies in the reports, MAF has been subject to almost 5 years of harassment in the guise of investigations and discovery, wasting our time and resources.  All of the accusations have been TOTALLY FALSE and misrepresent the truth.

Yes, they do have a valid charitable program.  Yes, they do send care packages to our men and women serving in the military.

Now, the AG has resorted to a politically motivated and highly negative public relations campaign to demean and destroy an organization that has sent over 450 tons of care packages to the troops in harm’s way throughout the world and into the war zones of Iraq and Afghanistan. We have invited the AG to come to our office and review all of the relevant documents, much like the IRS did to give us a clean bill of health, but they have refused.

Founded in 2004, Move America Forward is an IRS approved 501(c)(3) non-profit organization that has regularly received the highest charity ratings from the leading charity rating organizations. We have been recognized for having exemplary business practices, transparency, and serving the military community with distinction. Move America Forward spends 91% of contributions to directly support the troops. Anything over 80% is considered excellent!

We have received the Top Nonprofit Award six years in a row from Great Nonprofits, are platinum rated by Guidestar and are certified with “Our Promise: California State Employees Giving at Work” and United Way, among others based on our work and ratings. We remain committed to supporting our military families and deployed troops.

We have always been completely transparent and our 990 tax returns along with an independent certified audit of them posted on our website for anyone to review.

Shame on Attorney General Becerra for his unrelenting harassment.  We look forward to our day in court for all the facts to come to light and for our opportunity to clear our name so that we can continue with our business of supporting our brave men and women of the military. 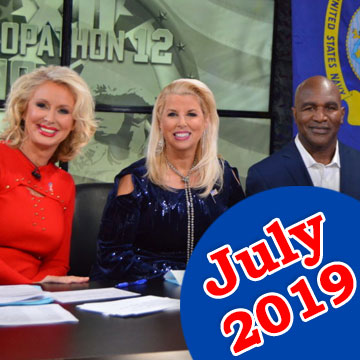 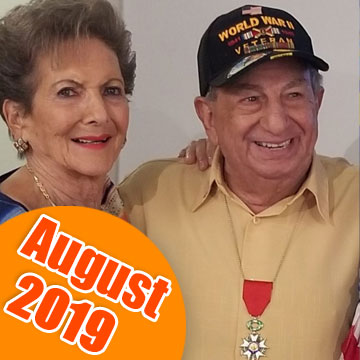